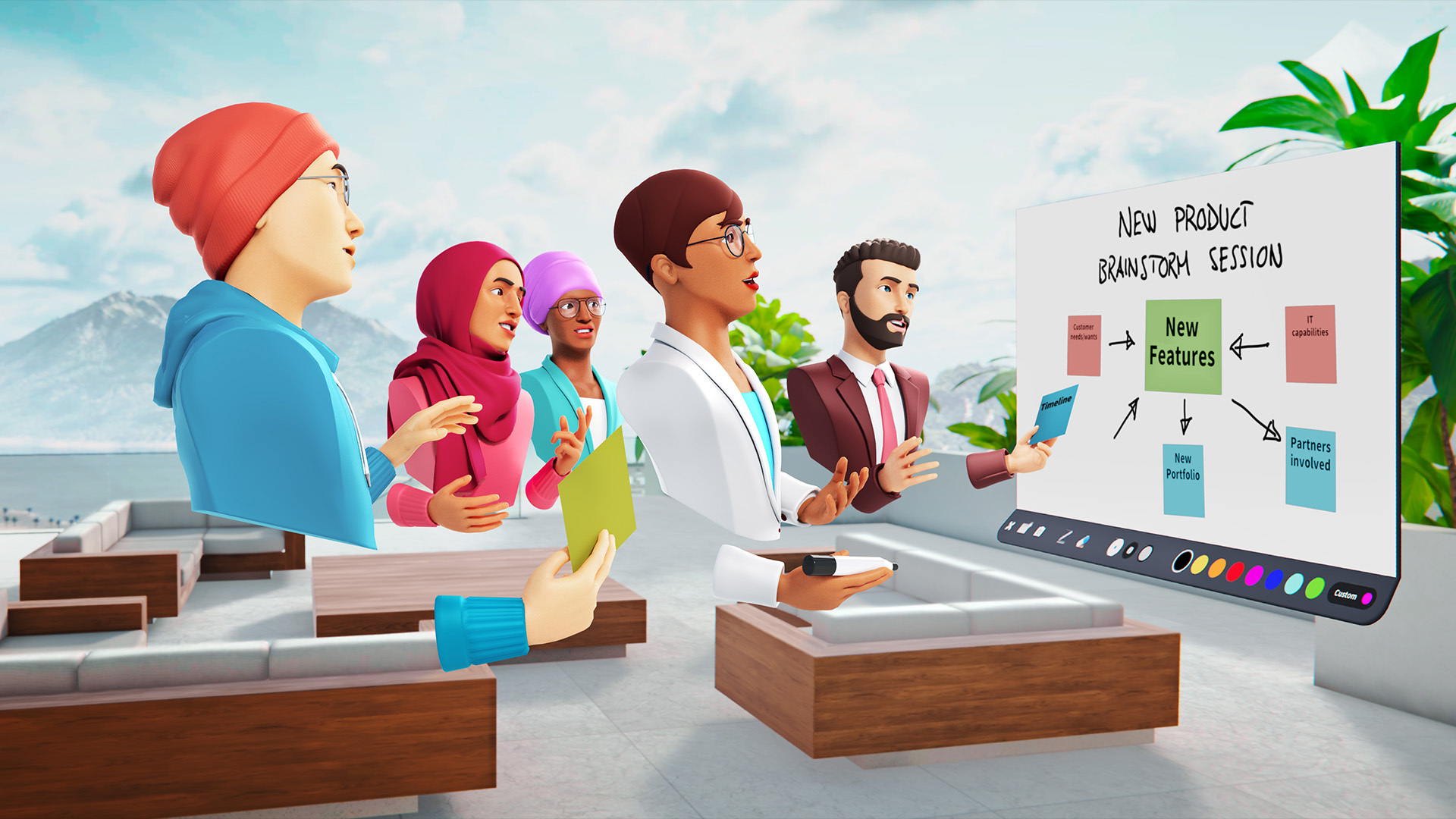 "Technology and workplace tools are, for all intents and purposes, the new workplace," Harvard Business Review declared last week. But with remote and hybrid work on the rise, which kind of technology best engenders collaboration and connection between virtual teams?

Research shows that workers are underwhelmed by their current 2D workplace tools. Many have developed an overreliance on video calls that, according to Scientific American, has "interfered with people’s ability to get work done and sometimes harmed relationships with colleagues."

Consequently, many businesses are turning to virtual reality-based collaboration – or 3D workspaces – as a way to recreate the chemistry teams ordinarily experience only in real-world offices. 3D workspaces are conducive to team cohesion in several ways. Here I highlight four examples, drawing inspiration from an excellent analytical framework developed by a group of Finnish researchers who have just published a study on cohesion in teams that use VR.

A vital skill often seen in cohesive teams is 'shared sensemaking'. This is where a group is able to quickly build a shared understanding of a problem or situation and the collective action needed. I also like to think of this skill as a team's capacity to 'connect the dots', even in complex situations.

For shared sensemaking to develop, communication must of course be frictionless. In this respect, 3D workspaces offer a couple of key advantages over video calls.

One relates to the audio experience. Instead of a flat wall of sound, 3D workspaces use spatial audio to make conversations sound as natural as they do in real-world environments. Glue, for example, has implemented a unique spatial audio design and proprietary real-time digital audio signal processing (DSP) technology to enhance immersion, make speech crystal clear and help you easily recognize who is speaking. You're less likely to talk over one another in Glue than in a video call.

The space around you is also important for sensemaking. Communication dynamics vary from setting to setting, so it's important to be able to work in a venue that’s set up for your specific needs as a team, with the right layout, size and design. Glue has immersive spaces for everything from team scrums and creative workshops to boardroom meetings. If none of those spaces meets your needs, you can build or customize one that does.

If you use a messaging platform like Teams or Slack, you'll know how easy it is to be distracted by incoming pings that often carry the expectation of an immediate response. Teams can pay a high price for context-switching: cognitive scientists say it can take more than one minute to refocus on a task after responding to a message. Use a 3D workspace with a virtual reality headset and you can avoid these unwanted distractions by simply turning off any notifications.

As the researchers in the aforementioned Finnish study found, “immersive spatial communication and interaction (in addition to the use of head-mounted displays that isolate users from the real world and other IT interferences) resulted in an increase in both task-related focus and co-presence.”

Often, though, being able to use your favorite productivity tools in your space is the point. Every Glue space offers collaboration staples like whiteboards, flipcharts and sticky notes, but you can also pull up Jira or Salesforce to manage your team's workflows and assign roles and tasks.

Team workflows are also enhanced by the ability to work both live and asynchronously. While some team members sleep, others can work in the space, leaving their plans, drawings, sticky notes and charts in place for others to see when they return.

This persistence makes task-based workflows in Glue seem as natural as working in a physical office. As one participant in the Finnish study noted, "We used sticky notes and drawing features. It was easy to illustrate your ideas while brainstorming. It was about doing things together."

3D workspaces are great for building interpersonal bonds. Developing a feeling of togetherness goes right to the heart of what virtual collaboration is all about. One interviewee in the research study said the experience of working in VR "felt like talking to people, and being in the same place with them, and not just talking to a screen. You could see if everyone was involved."

Another commented that “It [working together in VR] was more motivating than in Teams. This was an especially positive thing when there was a new person in the group. I also discussed more with others in VR than I would normally do in Teams.”

There are many aspects and features of 3D workspaces that aid social connection. Avatars, the characters we choose to represent us virtually, play an especially important role. At Glue, we use unique technology that enables our avatars to form facial expressions based on the user's tone of voice. Avatar eyes also follow the speaker in a way that feels natural – another subtle way that enhances the feeling that people are truly present and side-by-side with their colleagues.

How might 3D workspaces enhance the cohesiveness of your team? Create your first Glue Team and experience a new way of collaborating here.