Creating presence in VR: why it matters and how we do it 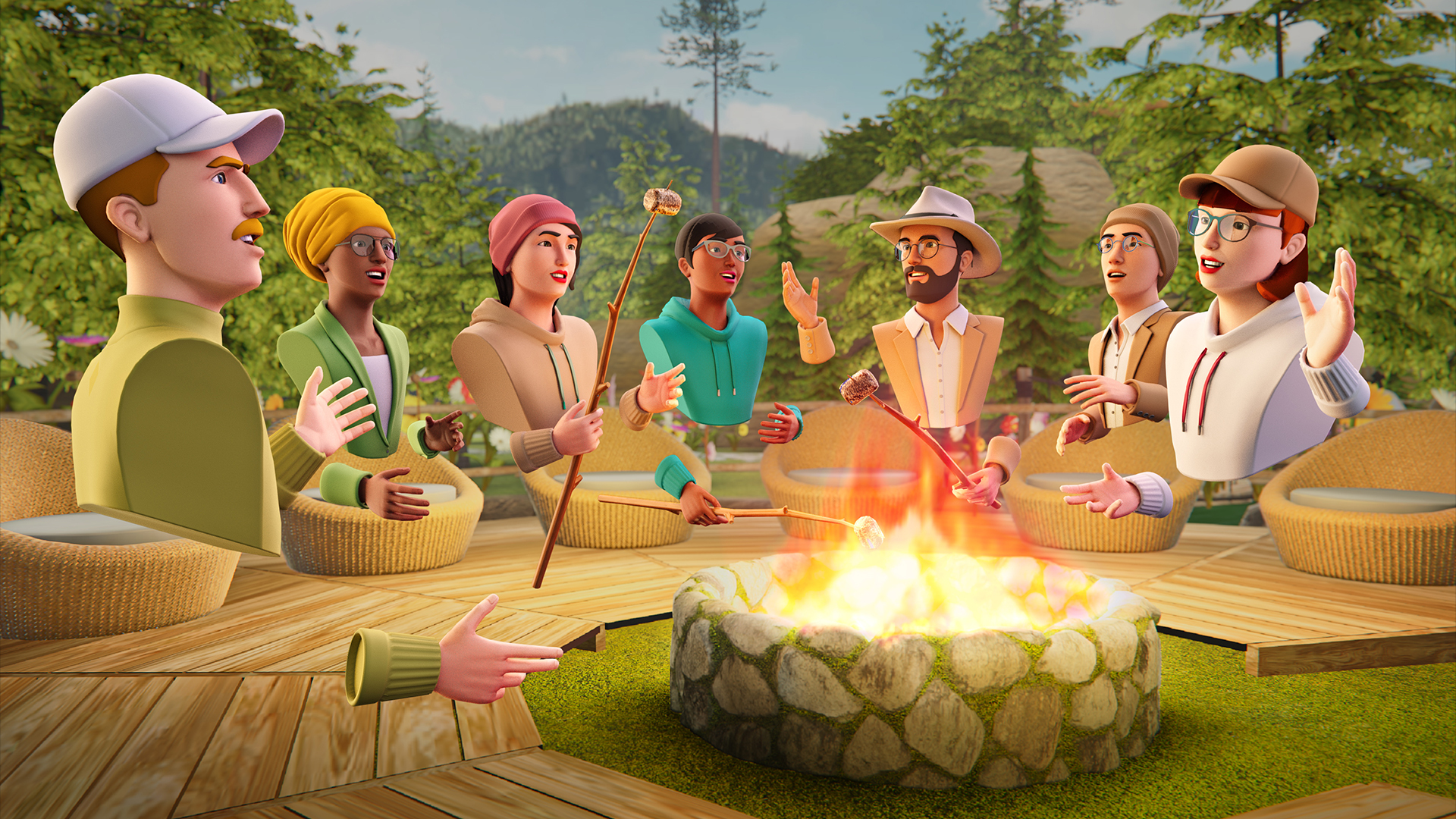 Presence, as every good virtual reality creator will tell you, is fundamental in VR. You often hear it described as VR’s ‘secret sauce’. It’s the feeling of being physically present in a virtual world. Or, in the words of journalist and author Peter Rubin, it’s “what happens when your brain is so fooled by a virtual experience that it triggers your body to respond as though the experience were real.”

As important as it is, presence is hard to create and, when you do have it, easy to lose. Of the many VR offerings available today – from games and fitness experiences, to apps dedicated to education, training and collaboration – some score higher than others on presence because their creators are able to deliver and sustain the visual, auditory and sensory stimuli needed.

In 3D workspaces, a high level of social presence is essential because the primary purpose is collaboration. Every discussion should feel like it’s happening in a real place, and conversing with others should feel natural and effortless.

To maximize presence for Glue users, we’ve focused on three elements of the VR experience.

The first is the virtual spaces themselves. Where we work affects how we work, so it’s a shame to see so much of it carried out over flat, two-dimensional video calls. Even when people can’t gather in person, we believe work should take place in well-designed, immersive spaces that are conducive to productive work. In fact, research suggests that being present in the same space – physical or virtual – enhances the quality of collaboration.

This is why we’ve created multiple 3D workspaces for people to choose from for their meetings. Each space is purpose-built to create the right atmosphere and get people in the best frame of mind for collaboration.

Our large, open-air spaces, for example, are well-suited to creative collaborations in groups, virtual events or training. Scrums and war rooms work best in spaces equipped with a large task board. Then there are settings with a coffee shop vibe for casual catch-ups with colleagues.

Avatars as expressive as the people behind them

Presence in 3D workspaces also depends on the quality of avatars. Avatars are the primary means of communicating in multi-user VR. Glue employs a distinctive artistic style for its avatars, giving users the ability to customize skin color, face shape and clothing so that their avatar resembles their real-world appearance – something researchers have shown strengthens presence.

In the background advanced software meanwhile works to ensure an avatar’s behaviors also match those of their humans. If a person talks and their avatar’s mouth isn’t moving, it looks creepy and quickly kills presence.

To avoid this happening, Glue uses AI-based facial animation and lip-syncing technology. This ensures that mouths move in concert with voices and that facial expressions adjust according to the energy and emotion contained in our words.

Just as important is eye contact. Glue avatars automatically make eye contact with other avatars, depending on who’s speaking. It’s a neat effect that helps keep people focused on the conversation and believing that they’re interacting with others in the same room.

Immersive audio – because hearing is believing too

Our ears are surprisingly accurate spatial sensors. In fact, they play just as much a role of eliciting the feeling that we’re in a real space as our eyes do. Even with our eyes shut, it’s generally easy to determine from where a sound is coming and how far it is away. For that reason, the sounds and conversation dynamics we experience in VR should be just like those in real-world settings.

To achieve a realistic, cohesive and immersive soundscape, Glue has developed its own spatial audio technology. This works by bringing direction and depth to sounds, with voices coming from where you’d expect and attenuating over distance. As a result, you know right away who’s speaking and are less prone to talking over the top of one another.

Obstacles, walls and furnishings also affect what people hear in the space. We’ve paid special attention to room acoustics in the sound design of each of our spaces to ensure that the sounds people hear match with what they would expect. This further reinforces the sense of being in the space.

3D workspaces should be places where communication and interaction with others is as natural and effortless as in a real workplace. To achieve this and generate a sense of true presence, Glue combines immersive virtual spaces and expressive avatars with a carefully constructed sound design.

If you’d like to experience presence in a Glue 3D workspace, book a demo today.