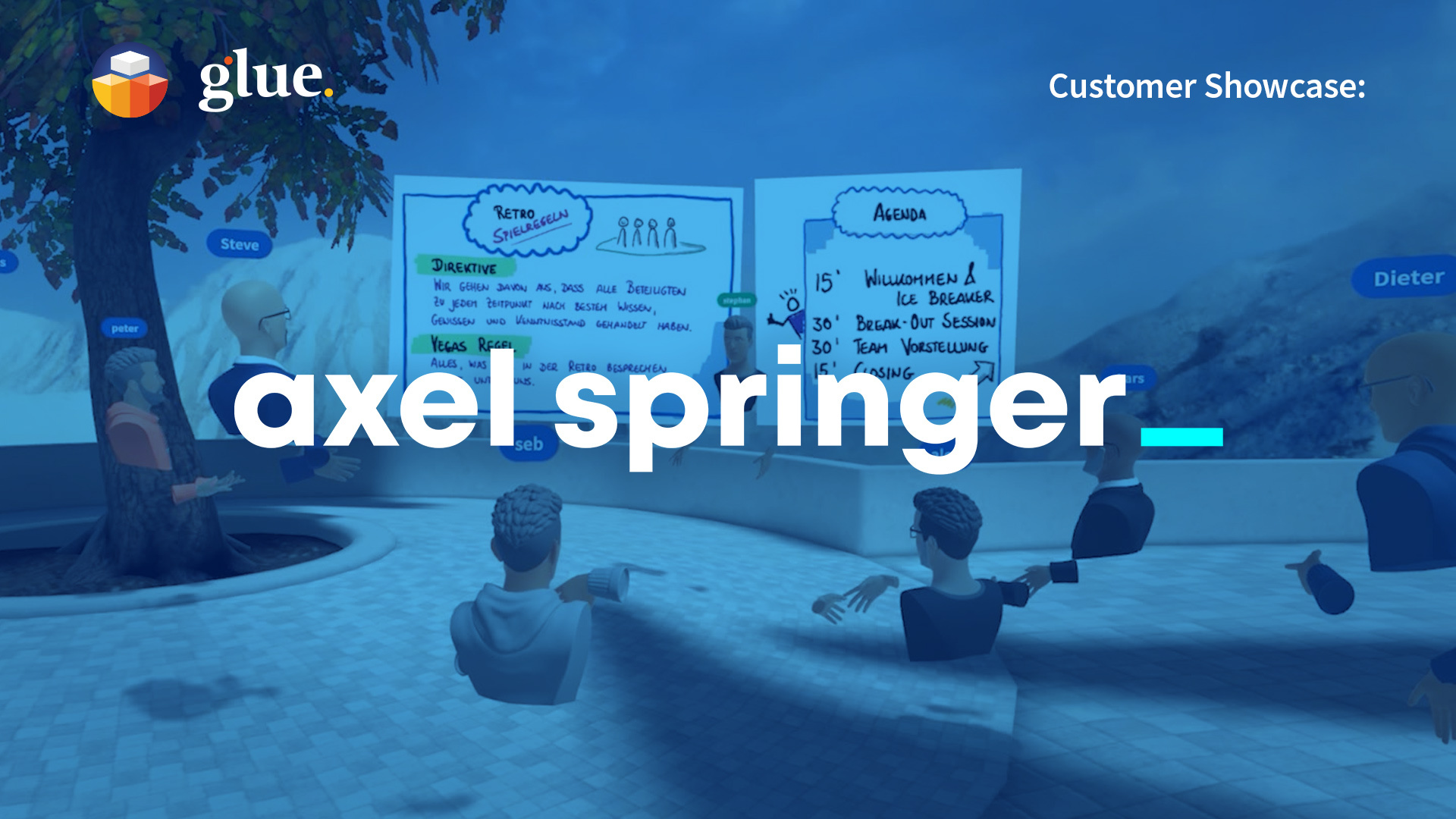 To those in the media industry, Axel Springer needs little introduction. The Berlin-based company is one of Europe’s largest media groups and is at the forefront of digital publishing, with operations across more than 40 countries. It runs major titles like Bild and Die Welt alongside an expanding portfolio of digital classified businesses.

Axel Springer tested up to ten VR applications for remote meetings and virtual collaboration, ultimately landing on Glue as its preferred platform. Now, the company is beginning to offer its staff Glue as an alternative alongside standard 2D video conferencing.

“For most, this has meant having lots of 2D video meetings and this has affected our teams. Which is why we looked at working in VR. We want to bring back the feel-good factor in team interactions.”

In Glue, Axel Springer said it found the ideal combination of functionality on one hand and fun on the other. “Glue came out as the winner in our tests, helped by the natural appearance of its spaces and because our teams felt most comfortable working in Glue,” Chris adds. During a three-month test phase, eight teams and approximately 60 participants explored the effectiveness of different kinds of virtual meetings, ranging from workshops to daily scrums, campfire talks and agile retrospectives.

“Many meeting types worked well inside Glue, but best of all were workshops of eight, ten or twelve people,” says Chris.

“In workshops, the combination of the freedom of movement in three dimensions and the massive possibility for social interaction really unleashes the magic of VR.”

Asked if they would support a rollout of VR meetings at Axel Springer, 93% of the respondents of the trial said they would be in favor. “With all the positive feedback from the test phase, we decided to roll out Glue,” Chris says.

“Initially, it will be implemented as an enhancement of the internal communication infrastructure within single parts of the organization. Then, step by step, the VR service will be offered to more parts of Axel Springer in the long run.”

Watch the video to learn more about the Glue & Axel Springer collaboration: